On March 14, Smart119 held "Next Generation Emergency Medicine Symposium 2022 in Yamanashi" at Furunaya Hotel (Kofu city, Yamanashi prefecture) to report the results from the demonstration experiment of our emergency information sharing system Smart119 (Patent No. 6875734), which was selected for the "TRY! YAMANASHI! Demonstration Experiment Support Project."
The symposium consisted of two parts: in the first part, results from the demonstration experiment was reported, and in the second part, a panel discussion "The Current State and Challenges of Emergency Medical Care in Yamanashi" was held by three doctors, Takaaki Nakada M.D. (representative of Smart119), Fumiaki Iwase M.D. and Takeshi Moriguchi M.D., who are involved in acute and emergency medicine in Yamanashi. The symposium was also streamed online, and there were more than 500 participants from over 250 fire departments and medical institutions nationwide. 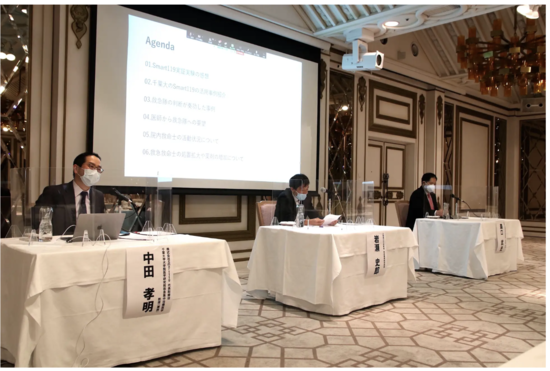 In the begging, results from the Smart119 demonstration experiment was reported. The experiment was conducted from January to February 2022 at the aim of "improving the efficiency of emergency transportation" by the East Yamanashi Fire Headquarters, Yamanashi Prefectural Central Hospital, Yamanashi Kosei Hospital, Yamanashi University Hospital, and Kyohoku Fire Headquarters. The experiment compared the time spent to negotiate with a hospital and determine the destination between "making regular phone calls" and "using the Smart119 tablet terminal-based batch request and information sharing system." It was reported that the Smart119 system reduced the time for negotiation and selection by approximately 70% and received a high evaluation by the Yamanashi prefecture.

In the following panel discussion, the three doctors engaged in a lively debate about the ideal form of community medicine to protect the lives of the residents.

When Dr. Iwase and Dr. Moriguchi was asked about the impressions of participating in the Smart119 demonstration experiment, they gave high remarks to the system saying that "Smart119 can enhance the safety of emergency medicine. Since the minimum information is displayed in text on the smartphone screen, the situation can be understood in a glance, the time required to make a decision can be reduced, and communication errors can be reduced." 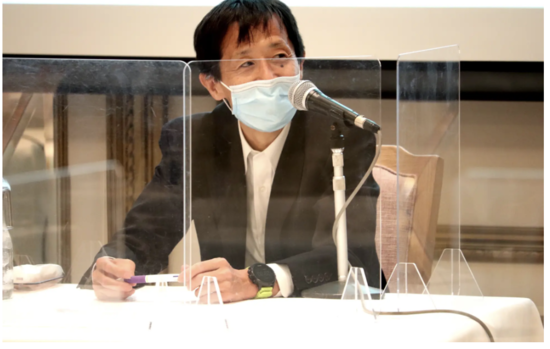 On the topic of communication between the emergency rescue team and the medical institution, the case of an accidental "amputated finger" was cited as an example in which communication between the two parties is difficult. "It is difficult to determine from the rescue team's verbal description alone whether it is possible to reattach the amputated finger. If information is instantly provided in images and videos, doctors will be able to make quick decisions and provide better medical care," suggested Dr. Nakada. Dr. Iwase stated, "There are hurdles in terms of information leakage and privacy infringement, but if it is possible to directly link the emergency scene and medical institutions in a manner that guarantees communication security, I would like to consider it." 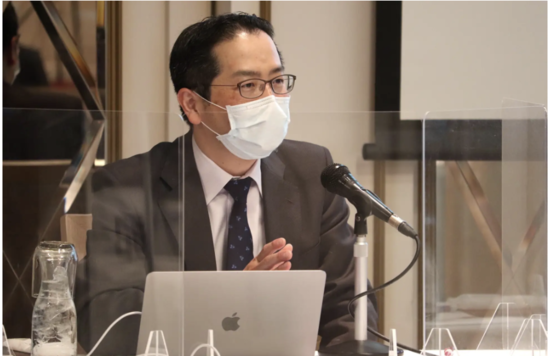 Based on the premise of protecting information by enhancing security, Dr. Nakada proposed the introduction of "smart glasses" to the emergency scene. "If doctors could observe the patient in real time through eyeglass-shaped wearable glasses worn by the rescue workers, many difficulties about the communication conflicts between rescue teams and medical institutions can be solved. I envision such a future through Smart119", he said.

Another hot topic in the medical industry in recent years, "in-hospital rescue workers," also came up for discussion. Based on a case of employing an in-hospital rescue worker at Yamanashi Prefectural Central Hospital, they discussed its ideal situation. At the end of the symposium, rescue workers, whose job role is getting wider, received messages from the doctors as "I expect them to work harder than ever before, but I also want them to be aware that the scope and depth of their responsibilities are expanding" (Dr. Moriguchi), and "The majority of emergency patients are elderly people with intrinsic or underlying illnesses. In order to accurately assess their conditions on site, it is necessary to accumulate medical knowledge. I hope they continue to acquire knowledge with high aspirations" (Dr. Iwase). 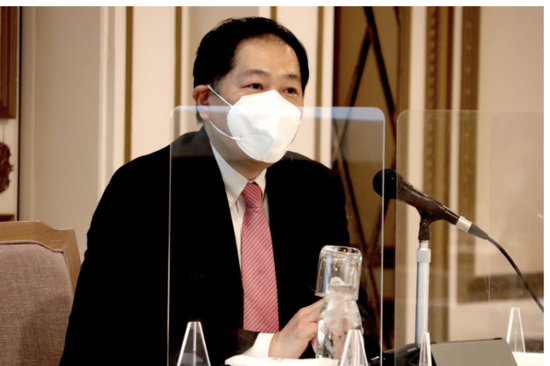 During the panel discussion, we received numerous questions from many participants watching online, confirming the high demand for this field and the high expectations for Smart119, and giving us a valuable opportunity to understand the current perceptions and issues among healthcare professionals. We would like to apply what we have learned for our future activities.